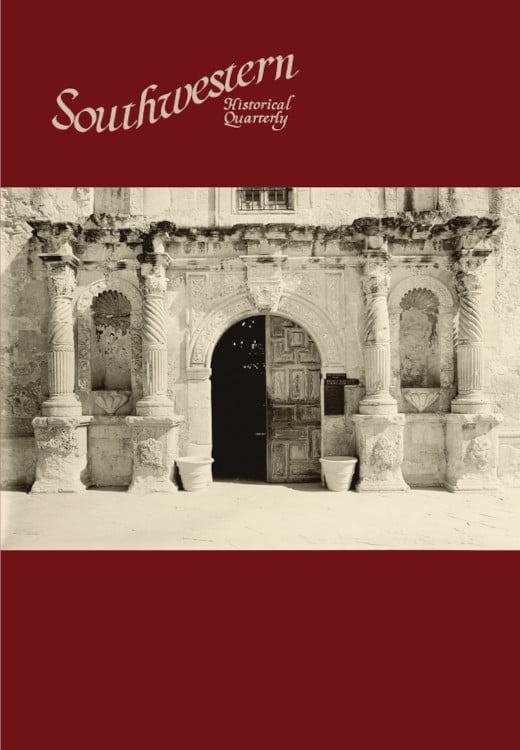 On the cover: a close-up of the main entrance of the Mission San Antonio de Valero, better as known as the Alamo. Historic American Buildings Survey, October 1961. Library of Congress Prints and Photographs Division, Washington, D.C. In this issue of the Southwestern Historical Quarterly, Jesús F. de la Teja explores in detail the travails of a man who is a familiar name in Texas history but has received little devoted attention in “The Treason Case of Erasmo Seguín: A Story of Texas’s First War of Independence.” One of the things readers will learn about Seguín is that “he had a hand in livestock raising, controlling although apparently not yet owning Mission San Antonio de Valero’s former La Mora Ranch.” More significantly, though, we learn of the many years he took to clear his name after he was accused of aiding the rebels against Spanish rule in Texas during the violent events of 1812–13.

Governors, Regents, and New Deal Liberalism: Student Activism at the University of Texas at Austin, 1917–1945

The Treason Case of Erasmo Seguín: A Story of Texas’s First War of Independence

Stephen Cushman, The Generals’ Civil War: What Their Memoirs Can Teach Us Today.

David J. Murrah, The Rise and Fall of the Lazy S Ranch.

Ethan Blue, The Deportation Express: A History of America by Forced Removal.

Barclay Key, Race and Restoration: Churches of Christ and the Black Freedom Struggle.

Max Krochmal and J. Todd Moye, eds., Civil Rights in Black and Brown: Histories of Resistance and Struggle in Texas.