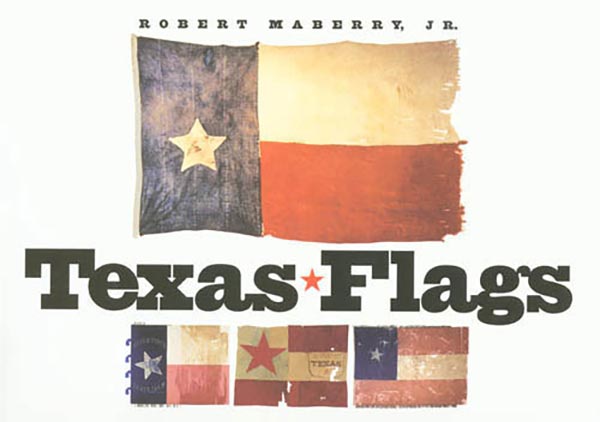 Texas’ now-famous flag, Maberry has discovered, was not always a common sight in the state. Though it had been the national flag during the last six years of the Republic (1839–45), the original lone star flag was discarded in favor of the Stars and Stripes upon annexation in 1845. Indeed, by 1860 few Texans knew what their former national standard had looked like. During the years of secession and Civil War, Texans became reacquainted with the old flag, but they made relatively few copies of it, using the lone star emblem instead on the battle flags of the various units. When officials of the Confederacy mandated new “national” flags, Texans often modified them to reflect their own independent heritage.