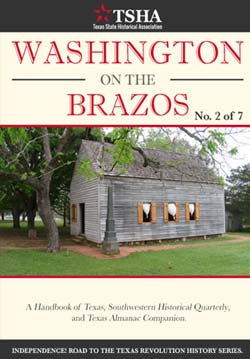 The host town to the Convention of 1836, Washington-on-the-Brazos was a major political and commercial center in early Texas. It was at an unfinished building in Washington where the Convention’s delegates wrote the Texas Declaration of Independence and the Constitution of the Republic of Texas, organized the ad interim government, and named Sam Houston the major general of the Republic’s army.

Discover how this small town of 100 became such an important location during the Texas Revolution in the second eBook in the Road to Texas Revolution series. In this eBook, you will read more about: