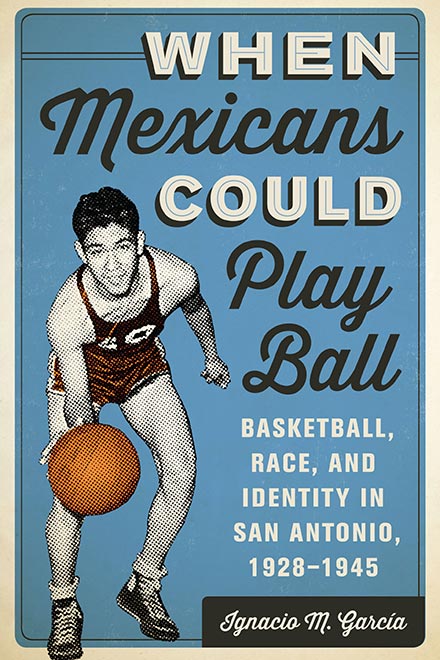 When Mexicans Could Play Ball

When Mexicans Could Play Ball

The first sports book to look at Mexican American basketball specifically, When Mexicans Could Play Ball is also a revealing study of racism and cultural identity formation in Texas. Using personal interviews, newspaper articles, and game statistics to create a compelling narrative, as well as drawing on his experience as a sports writer, García takes us into the world of San Antonio’s Sidney Lanier High School basketball team, the Voks, which became a two-time state championship team under head coach William Carson “Nemo” Herrera. An alumnus of the school himself, García investigates the school administrators’ project to Americanize the students, Herrera’s skillful coaching, and the team’s rise to victory despite discrimination and violence from other teams and the world outside of the school. Ultimately, García argues, through their participation and success in basketball at Lanier, the Voks players not only learned how to be American but also taught their white counterparts to question long-held assumptions about Mexican Americans.