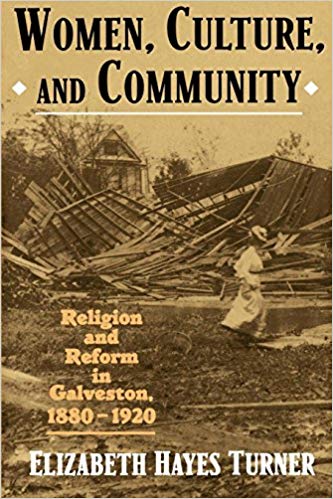 Women, Culture, and Community: Religion and Reform in Galveston, 1880-1920

Why in the late nineteenth and early twentieth centuries did middle- and upper-class southern women-black and white-advance from the private worlds of home and family into public life, eventually transforming the cultural and political landscape of their community? Using Galveston as a case study, Elizabeth Hayes Turner asks who where the women who became activists and eventually led to progressive reforms and the women sufferage movement. Turner discovers that a majority of them came from particular congregations, but class status had as much to do with reofrm as did religious motivation.