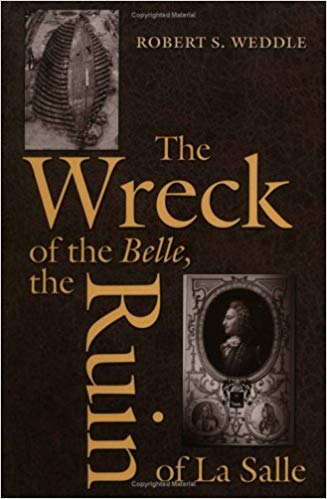 The Wreck of the Belle, the Ruin of La Salle

The Wreck of the Belle, the Ruin of La Salle

Robert Cavelier de La Salle: daring explorer, empire builder, shaper of history—and shameless schemer who abused his followers and deceived his king. In The Wreck of the Belle, the Ruin of La Salle, acclaimed historian Robert S. Weddle reveals how La Salle and his closest associates spun a web of secrecy and falsehood about their travels, dissembled their objectives, and put their own spin on his exploits by suppressing other would-be diarists. Weddle’s study represents a major revision of the story of La Salle and his times as they have been traditionally understood, with few of the major characters in the epic tale emerging unscathed. Even his death was misreported by survivors of the French colony in Spanish-claimed territory as they sought to save themselves.