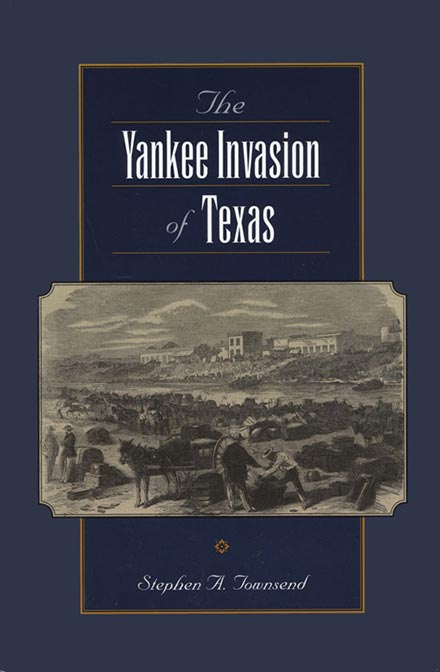 The Yankee Invasion of Texas

The Yankee Invasion of Texas

Stephen A. Townsend carefully traces the actions—and inaction—of the Union forces from the capture of Brownsville by troops under Gen. Nathaniel P. Banks, through the advance up the coast with the help of Union Loyalists, until General Ulysses S. Grant ordered the abandonment of all of Texas except Brownsville in March 1864. Townsend analyzes the effects of the campaign on the local populace, the morale and good order of the two armies involved, U.S. diplomatic relations with France, the Texas cotton trade, and postwar politics in the state. He thoughtfully assesses the benefits and losses to the Northern war effort of this only sustained occupation of Texas.